Day 9 -August 12th
After a long early morning swim and buffet breakfast we were picked up at 0930 for the drive back to the airport at Da Nang to fly to Ho Chi Minh City. Due to the errors in our tickets Lily and I were flying Business class – pity it was only a one hour flight. At the airport at Ho Chi Minh the driver , as always ,grabbed my bag and carried it and let the girls wheel theirs. The differences in Saigon were immediately noticeable with large colonial buildings and wide roads , clearly a French influence. The large number of mopeds were still here however. We arrived at the famous Hotel Continental , which has housed notaries such as Graham Greene and the dignitaries in 1975 to discuss the future of Vietnam at the conclusion of the Vietnam War.
On walking around the city it was clear the mopeds far more aggressively than elsewhere including Hanoi – cross at your own peril ! The hawkers were more aggressive too and Lil ,of all things , bought a hammock. We found a bakery for lunch but there was a clear language barrier in getting our chosen items. Following lunch we walked the long way back to the hotel and went past some medical shops at which just about anything could be bought including surgical instruments and glass syringes.
We were looking for the Temple Club but couldn’t find its secluded entrance so dinner was at a small restaurant where we again had much difficulty in getting our orders again and they insisted on us having the chicken cartilage – it was all looking like an episode of Fawlty Towers – don’t mention the war! 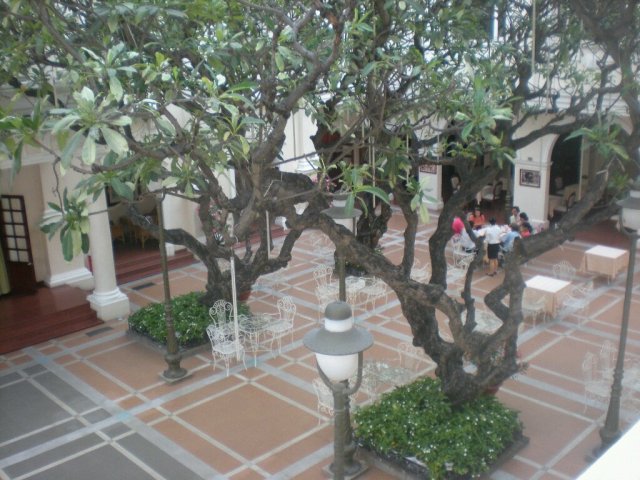