From Burlington we drove up the West Side of Lake Champlain and onto Grand Isle , a large island in the middle of the lake. From here it was a short ride on a car ferry of about 15 minutes into New York State and the City of Plattsburgh. From there we took route 3 , thinking it to be a scenic route , which it was , but just miles and miles of heavily treed areas interspersed with a few very small towns , and despite heading through the Adirondack Park , no trail heads anywhere . We finally stopped in a park near the small town of Franklin for our packed picnic  lunch . From there it was a relatively short drive to Lake Placid where we went and checked in with our hosts , Charles and Lesley  {who are 65 plus  and have the airbnb as a “retirement job”}for the next 2 nights. In the afternoon we walked  the 5km around “Mirror Lake” which is where the actual town is situated . For dinner we went to an “Italian” restaurant but clearly it was run by a Serb as were all then wait staff. The girl serving us was named Ljiljana! We took in a movie  called “Tammy” before heading back to our accommodation in the evening .
The next day it looked like there would be a turn in the warm clear weather we had been having . We started out early and went on a hike up Cascade Mountain . The Adirondacks are home to 46 peaks ranging from just under 4000ft to Mt Marcy which is a bit under 6000 ft , all varying in their difficulty . Apparently Cascade Mt was a bit “easier” with a grade of 4 out of 7 but still with a 2000ft change in elevation . The Summit was bare rock and the weather was indeed changing , and once out of the shelter of the trees there was a howling gale . We arrived at the same time as a younger couple we had been following , so we snapped photos for each other before clambering down to a more sheltered area .
Driving back to Lake Placid the rain was coming down heavily . After eating our salad lunch  in the car we went to the Olympic Museum ( which was really pretty ordinary) .With it still raining we went to the movies again – this time Jersey Boys – which was good but not as good as the live musical . We walked round the Lake before dinner just as a local triathlon  was starting on a Monday evening. 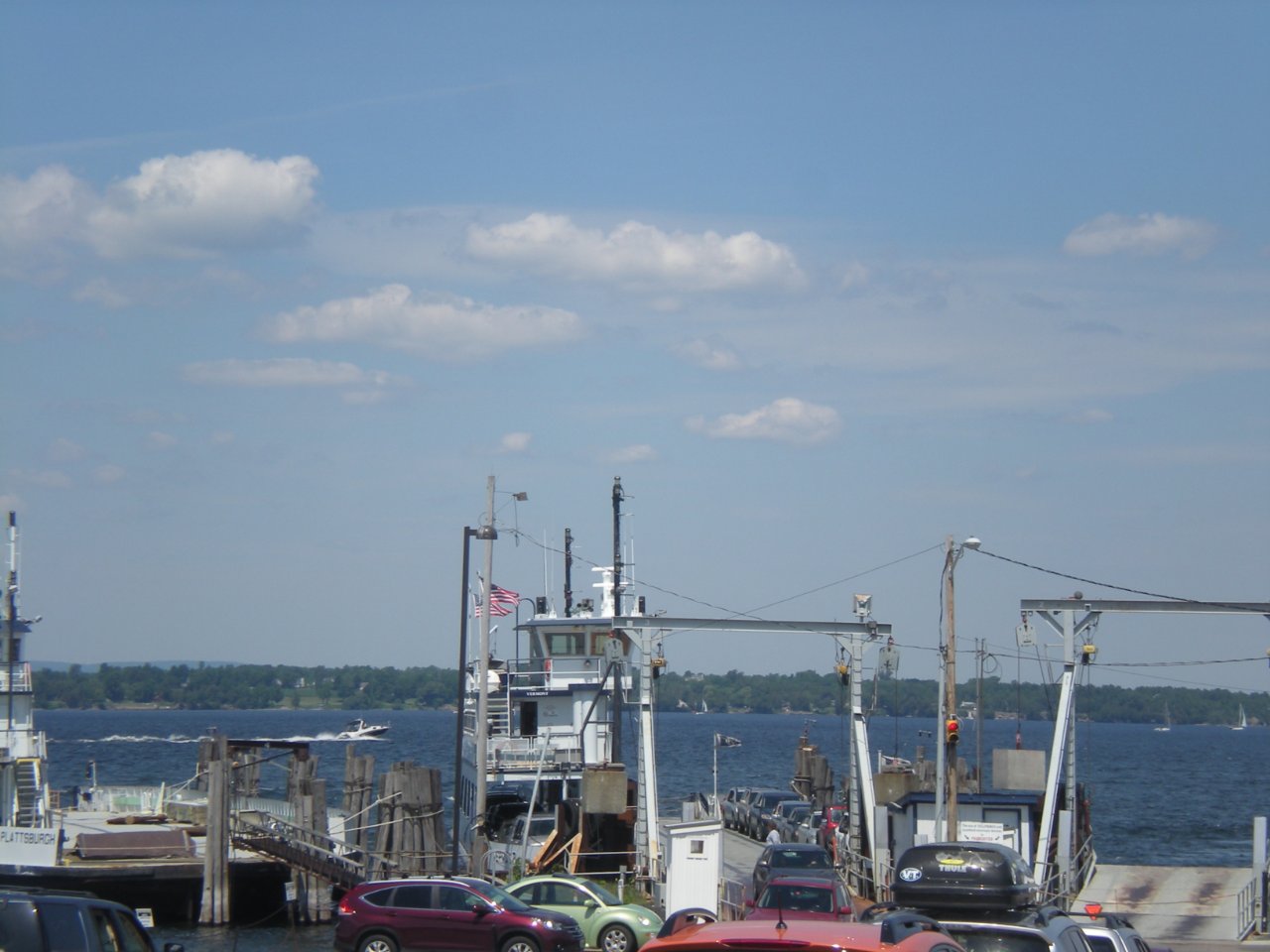 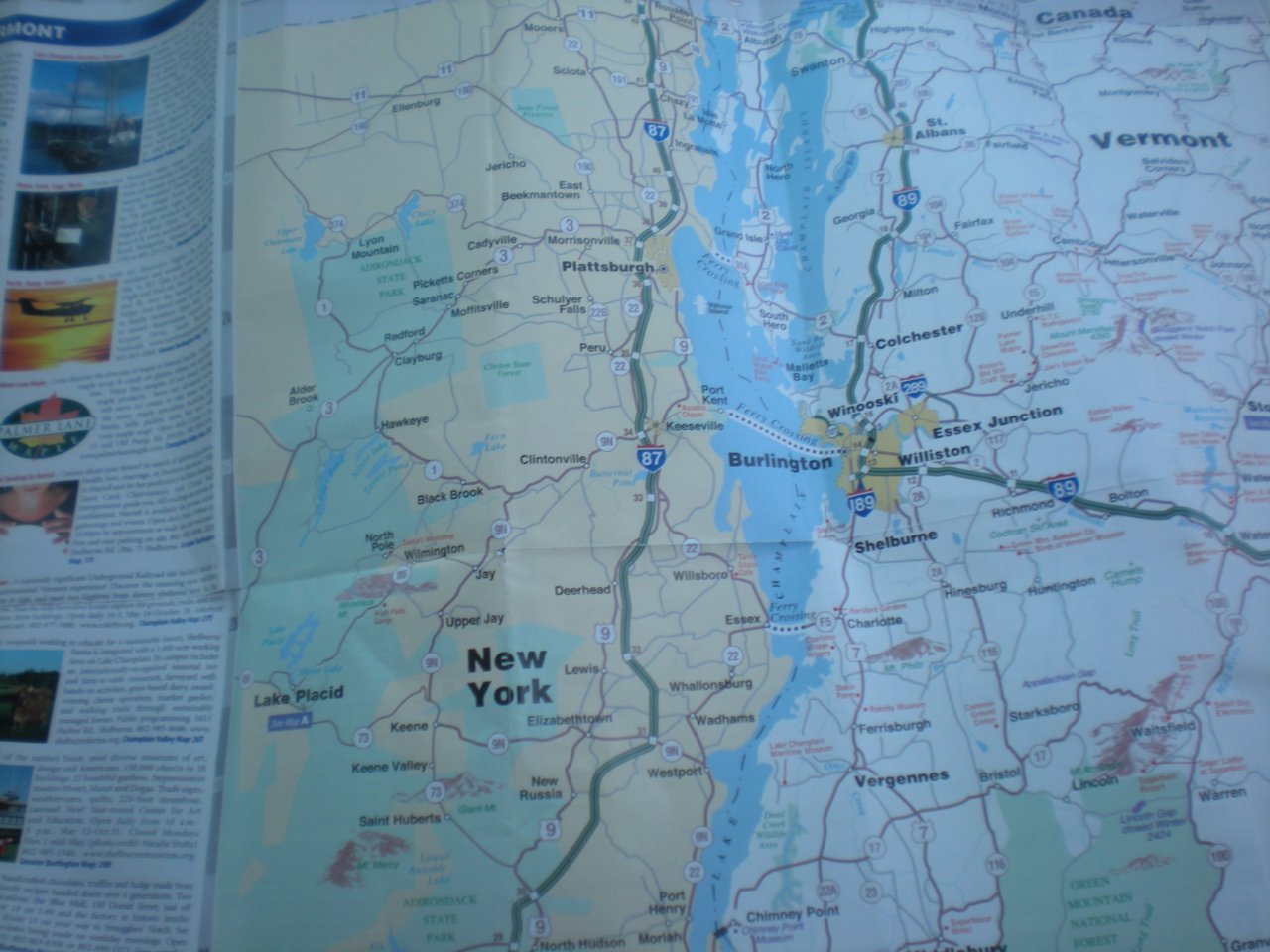 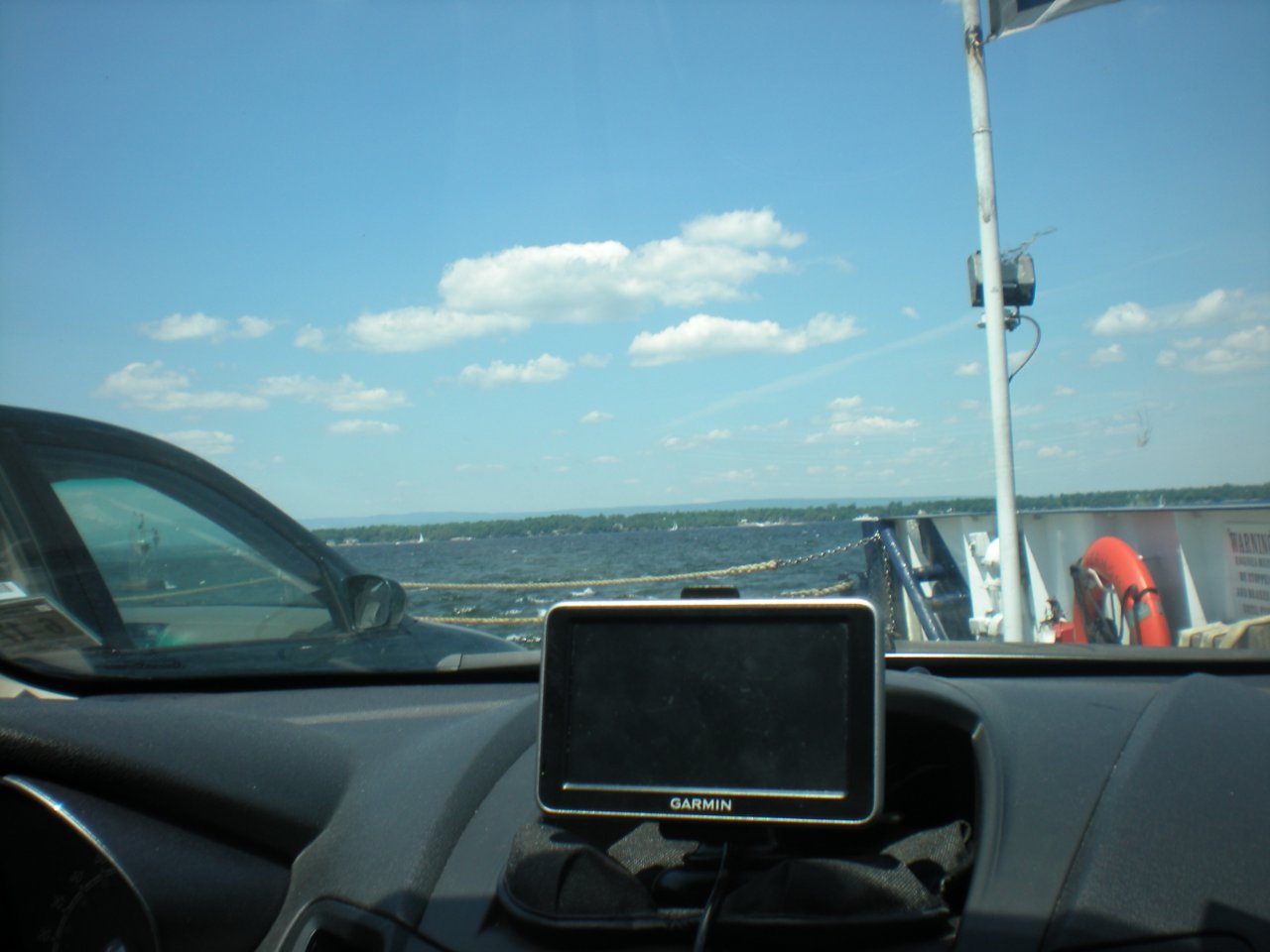 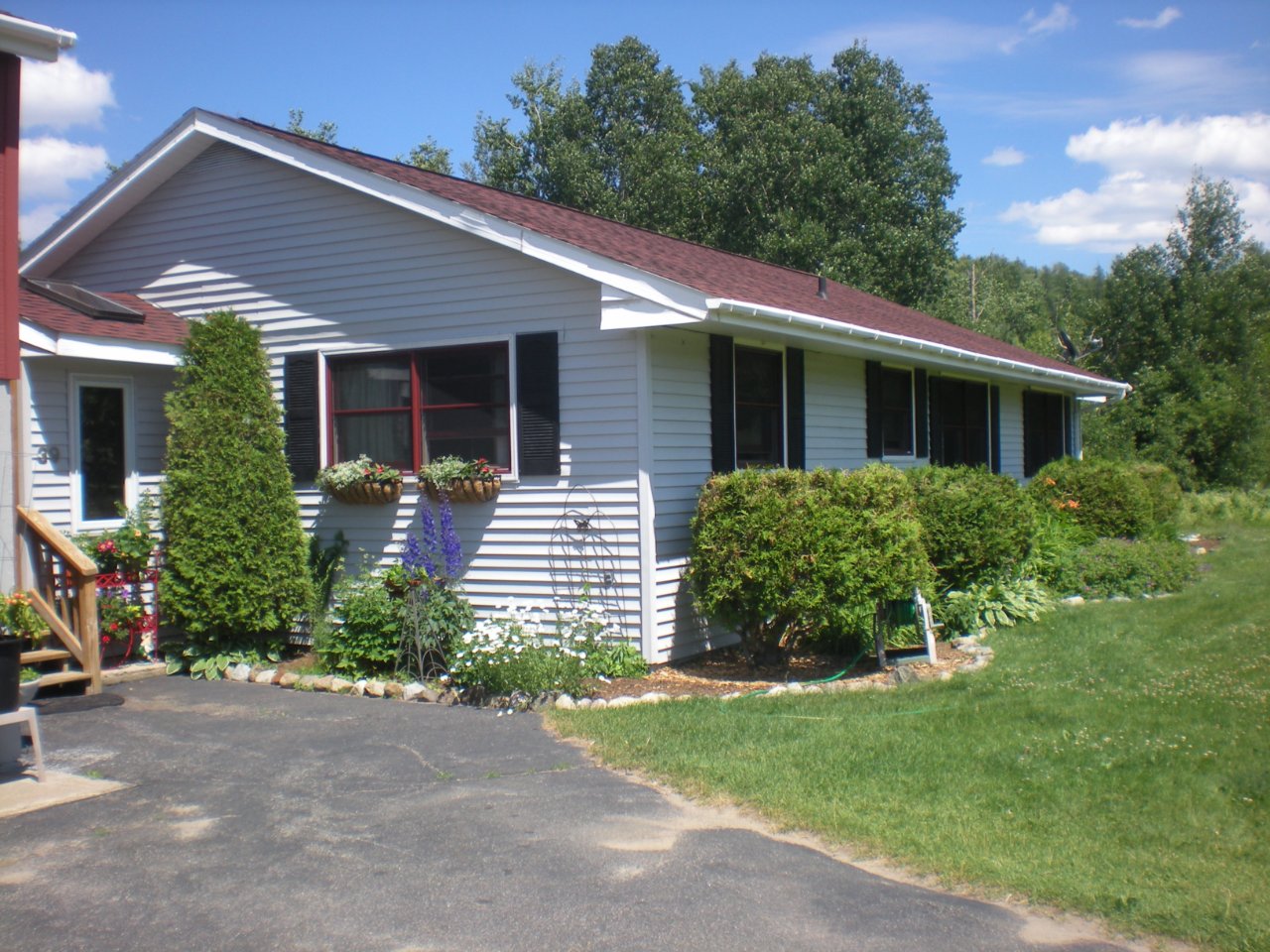 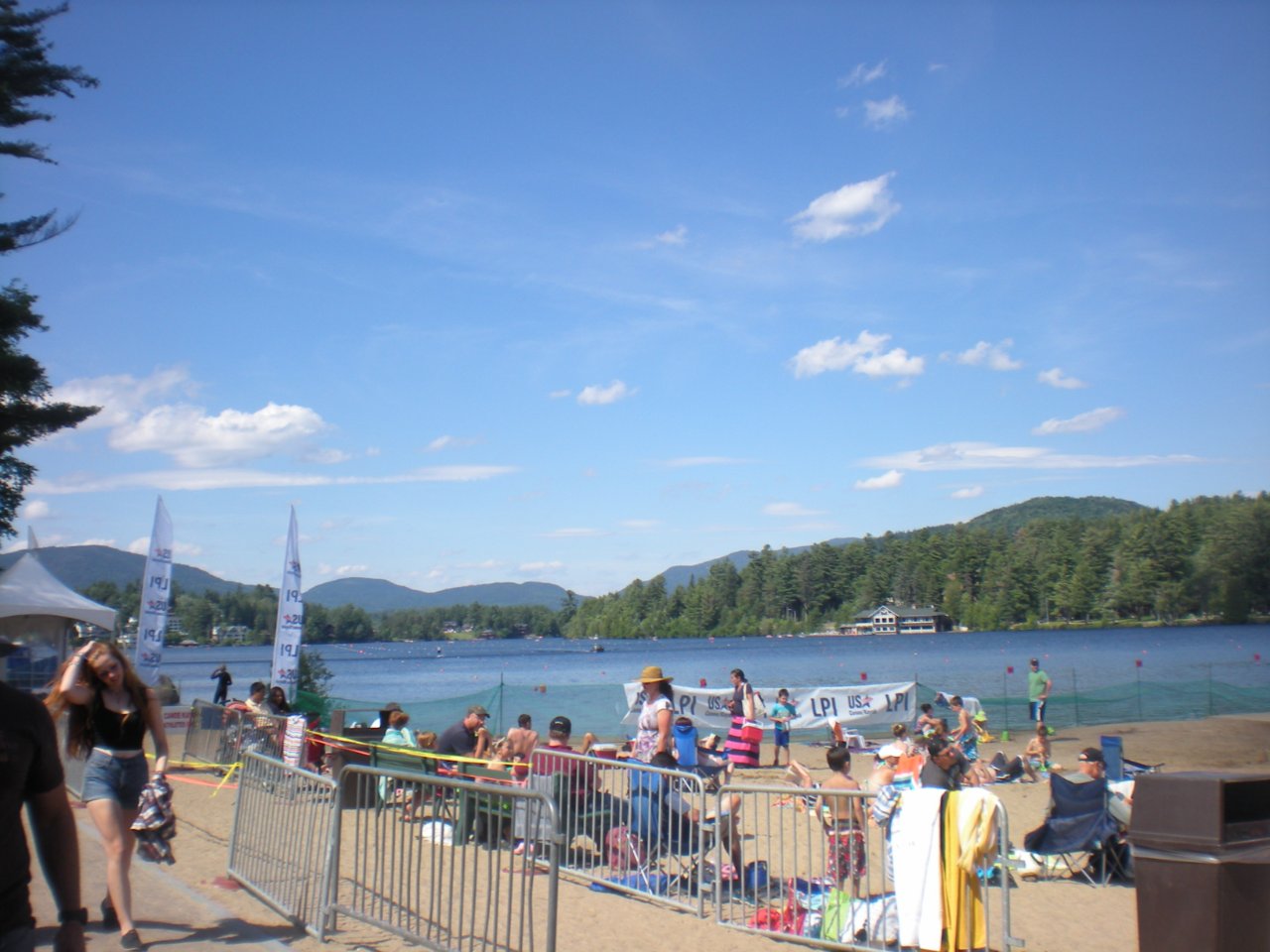 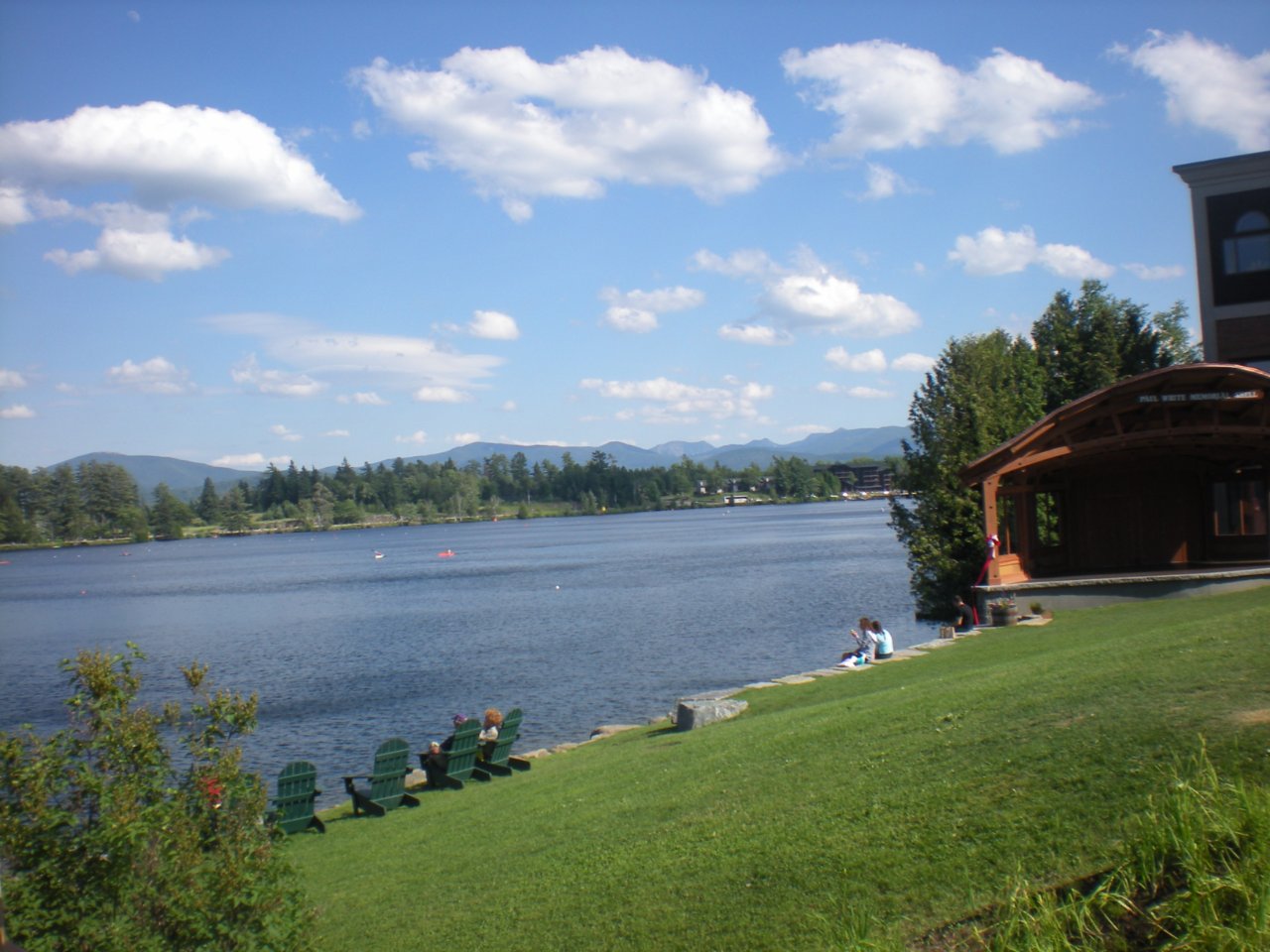 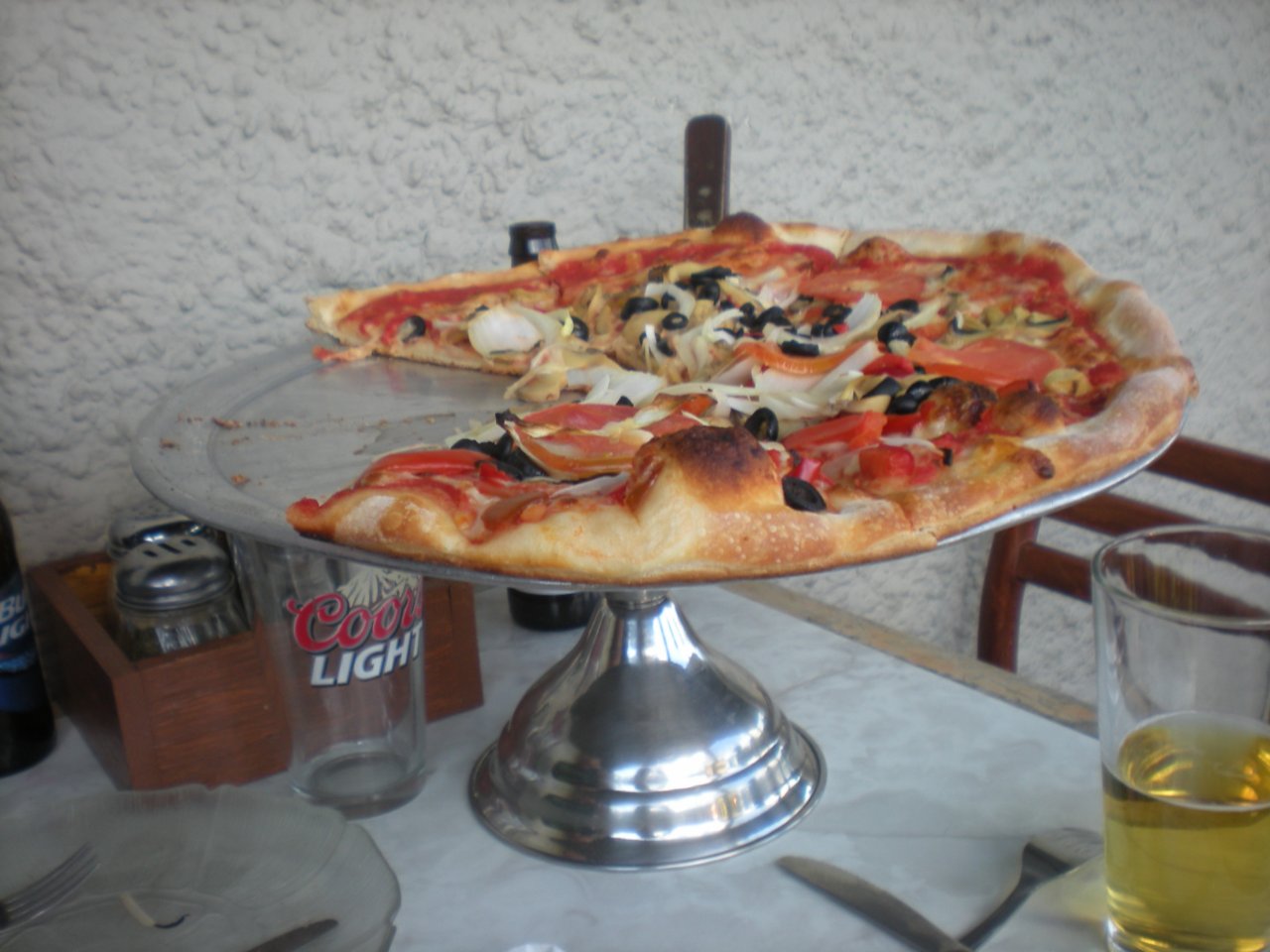 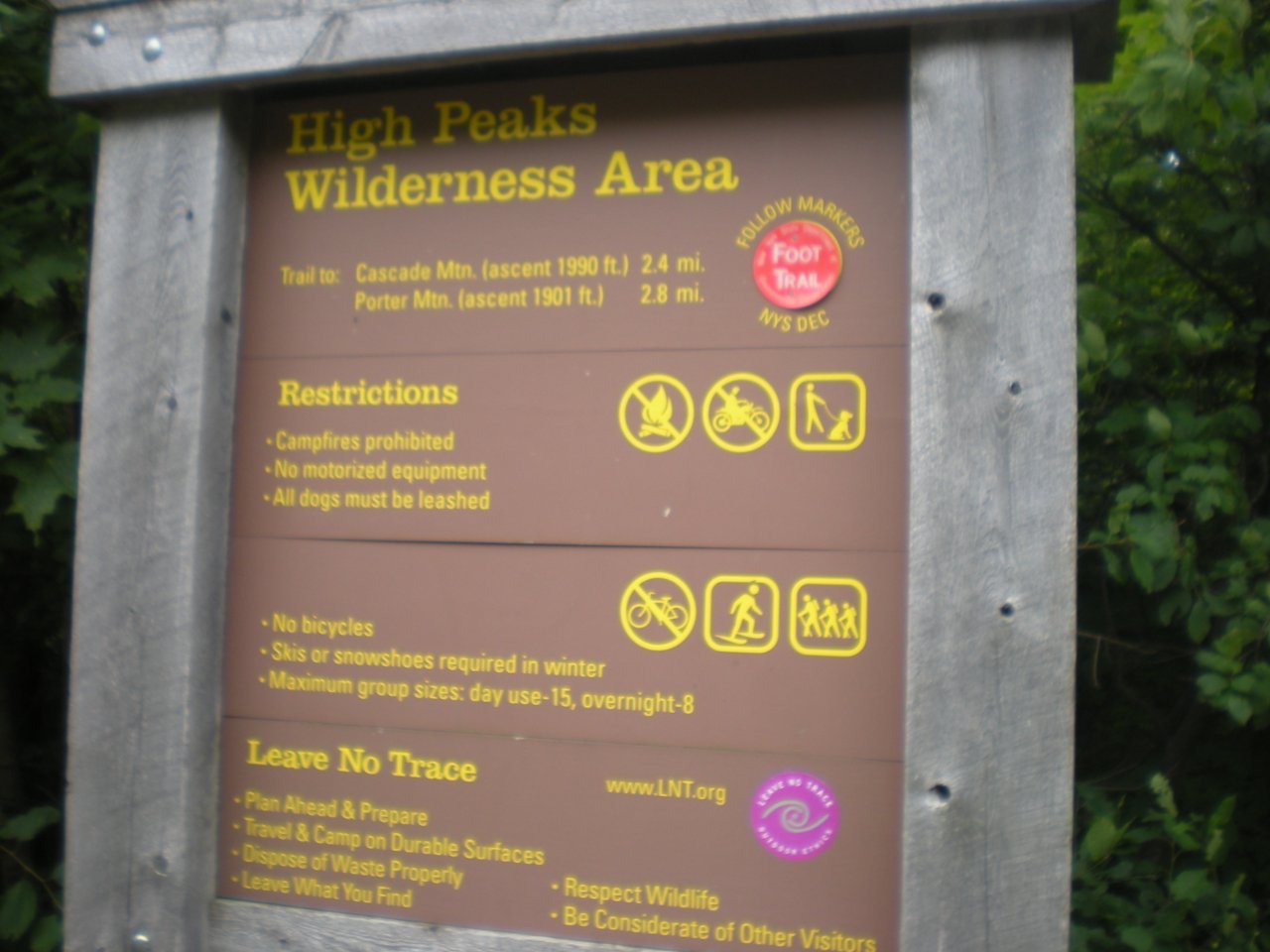 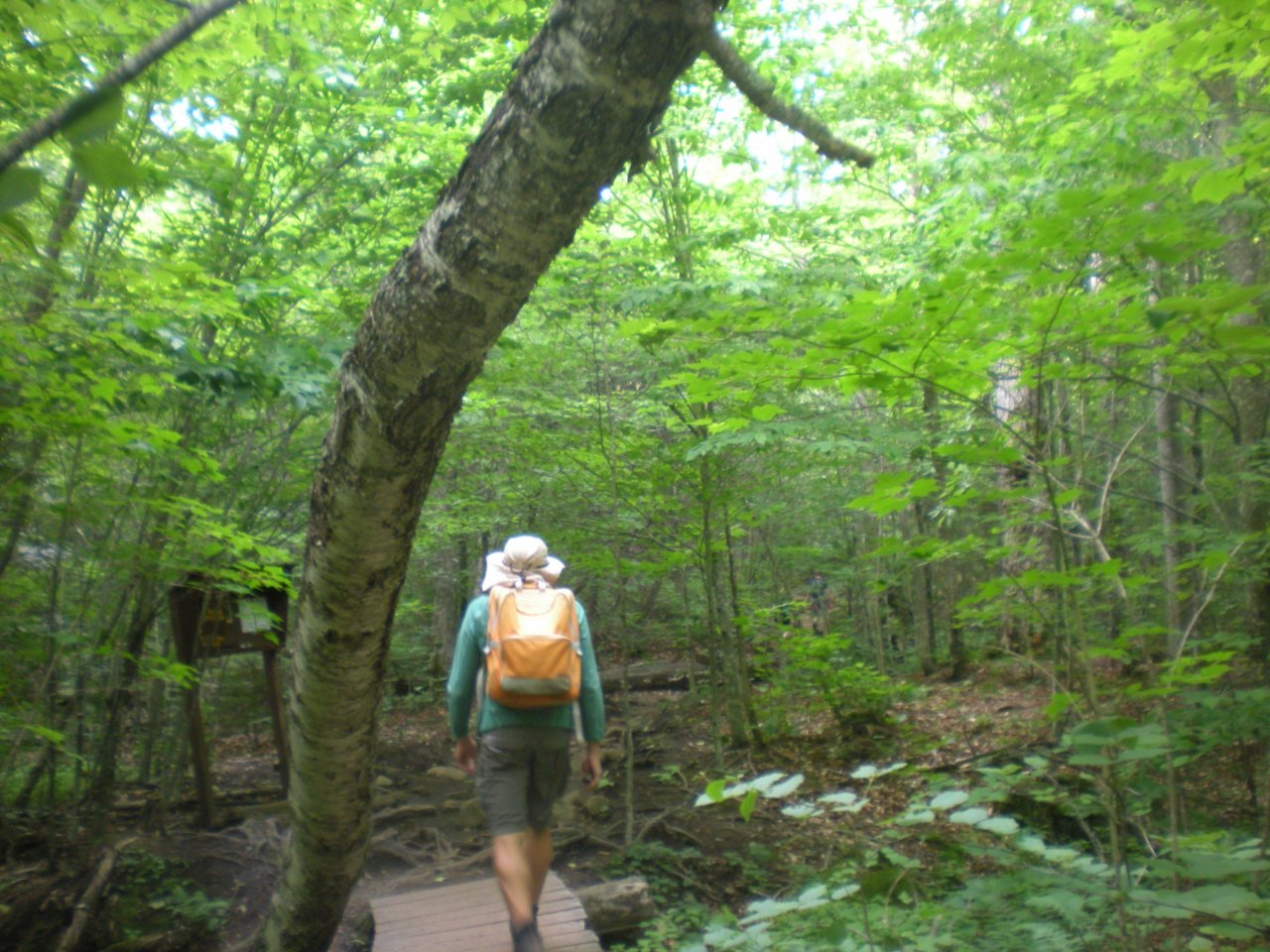 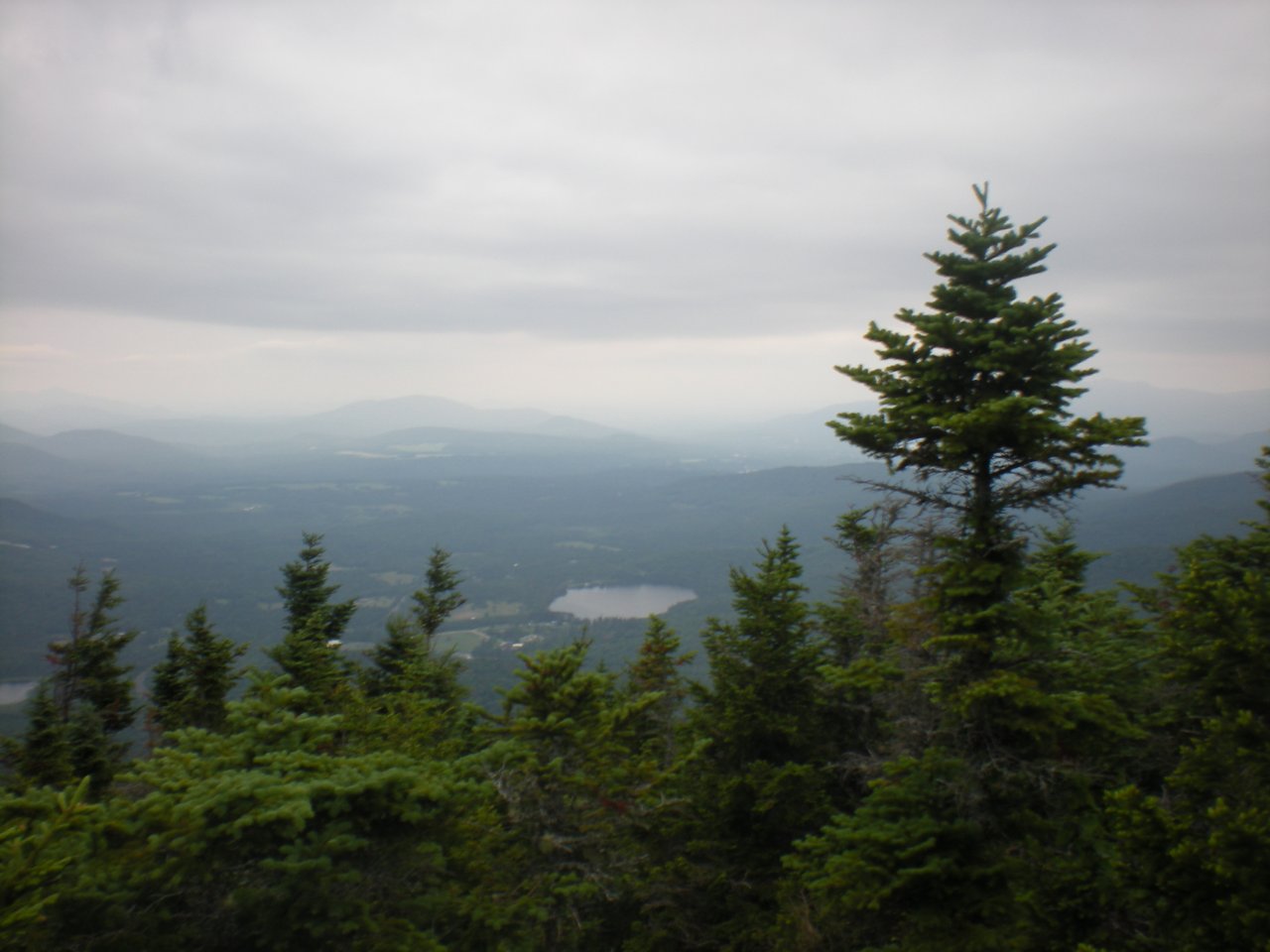 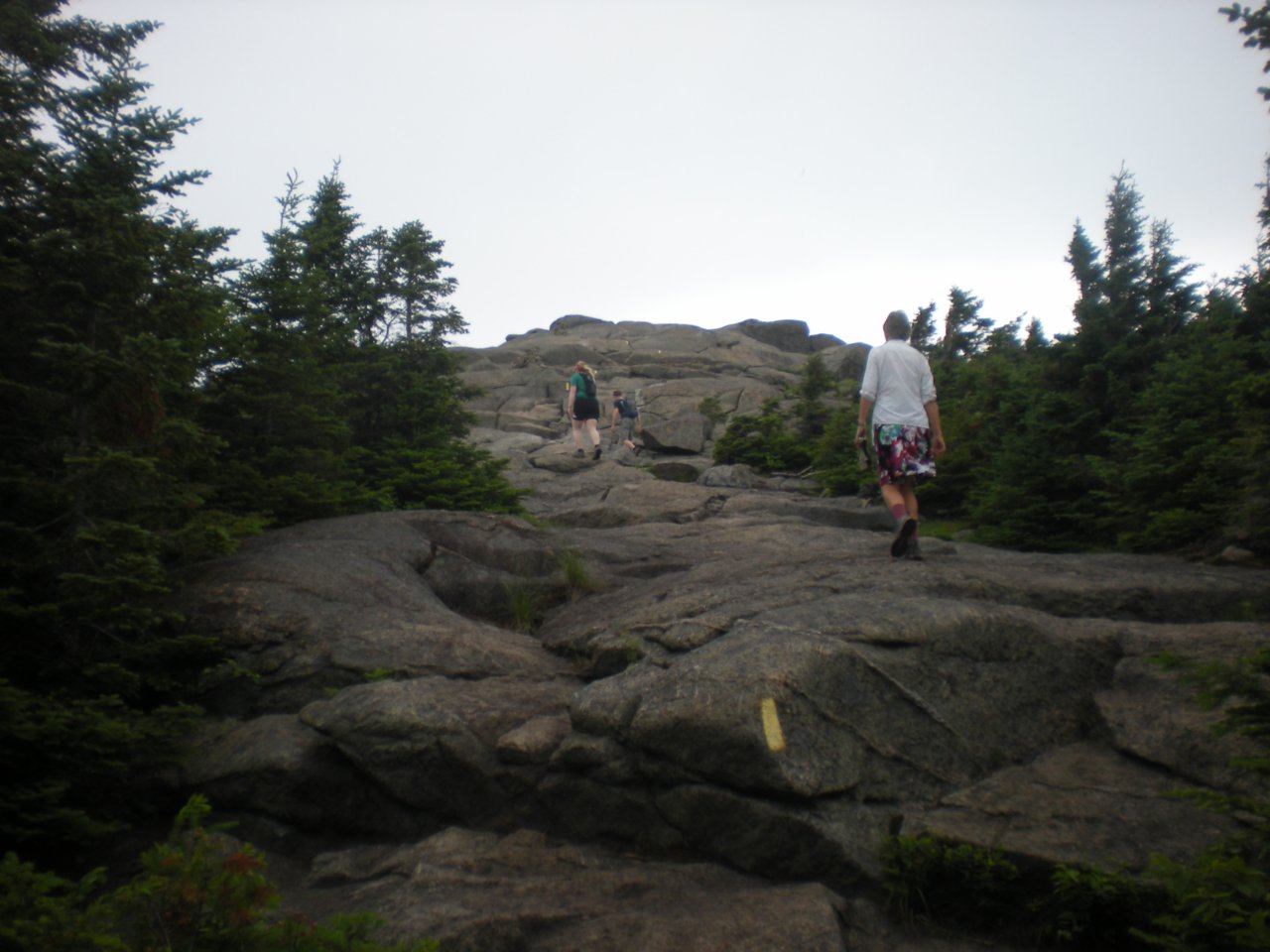 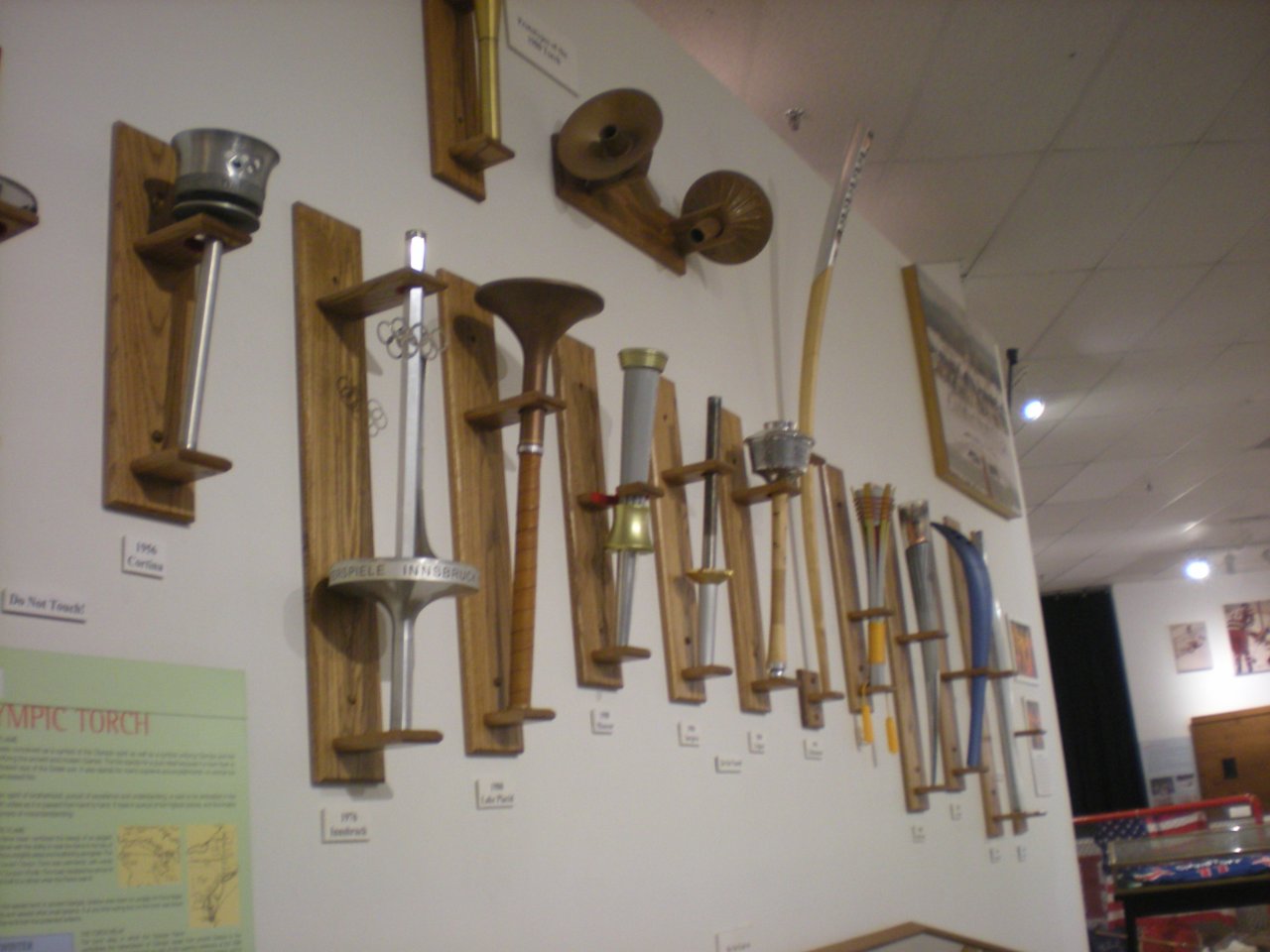 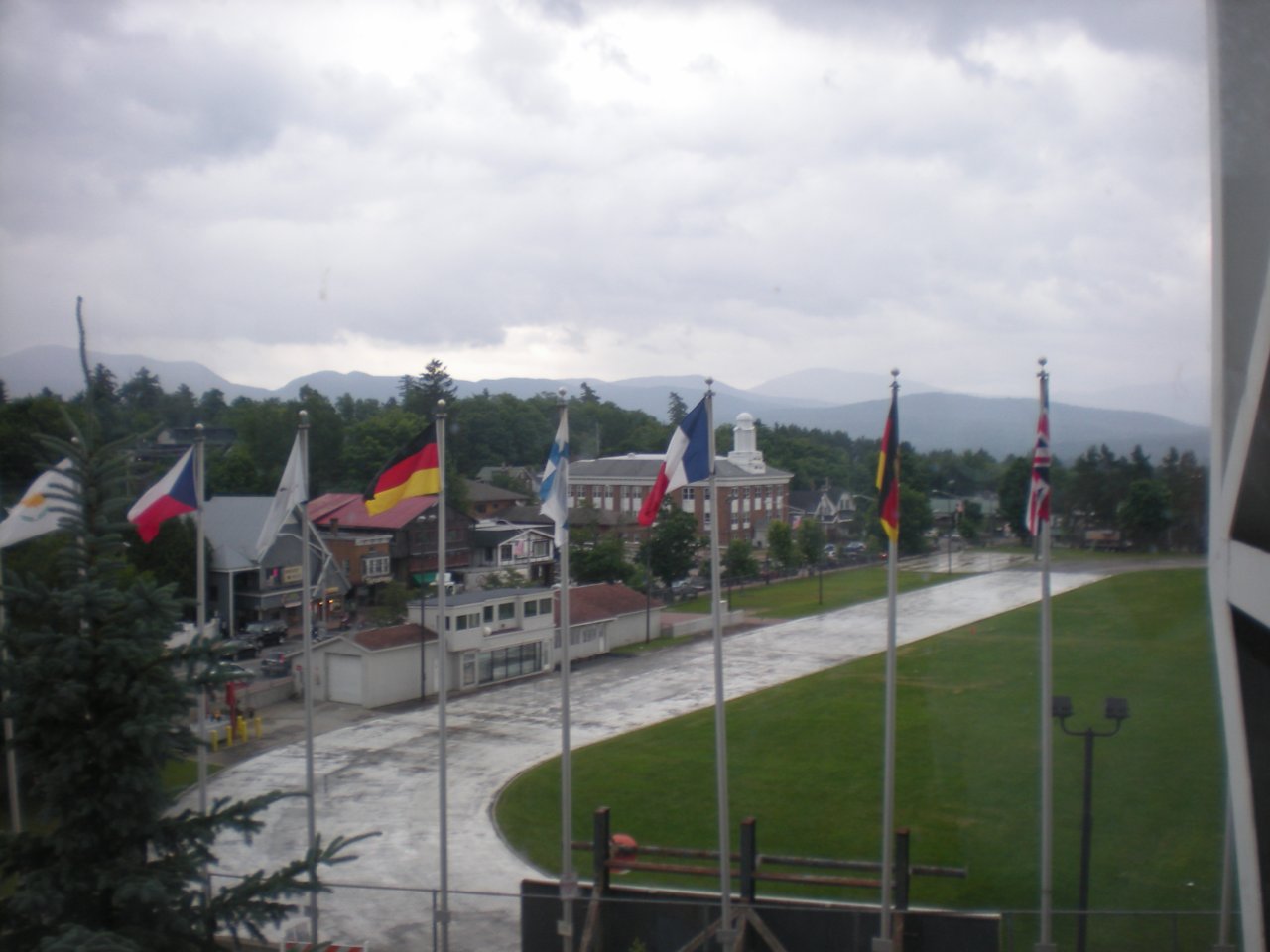 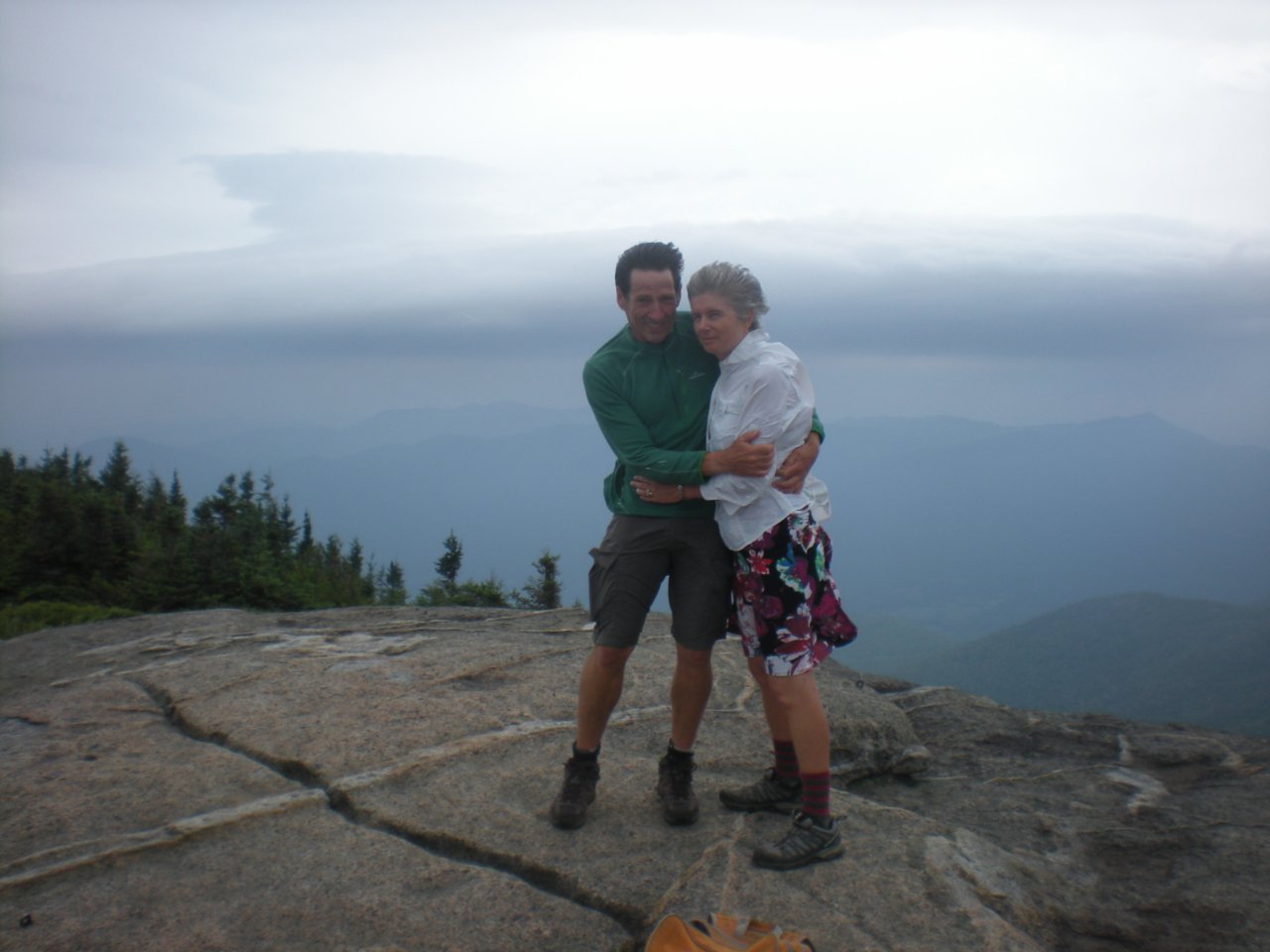 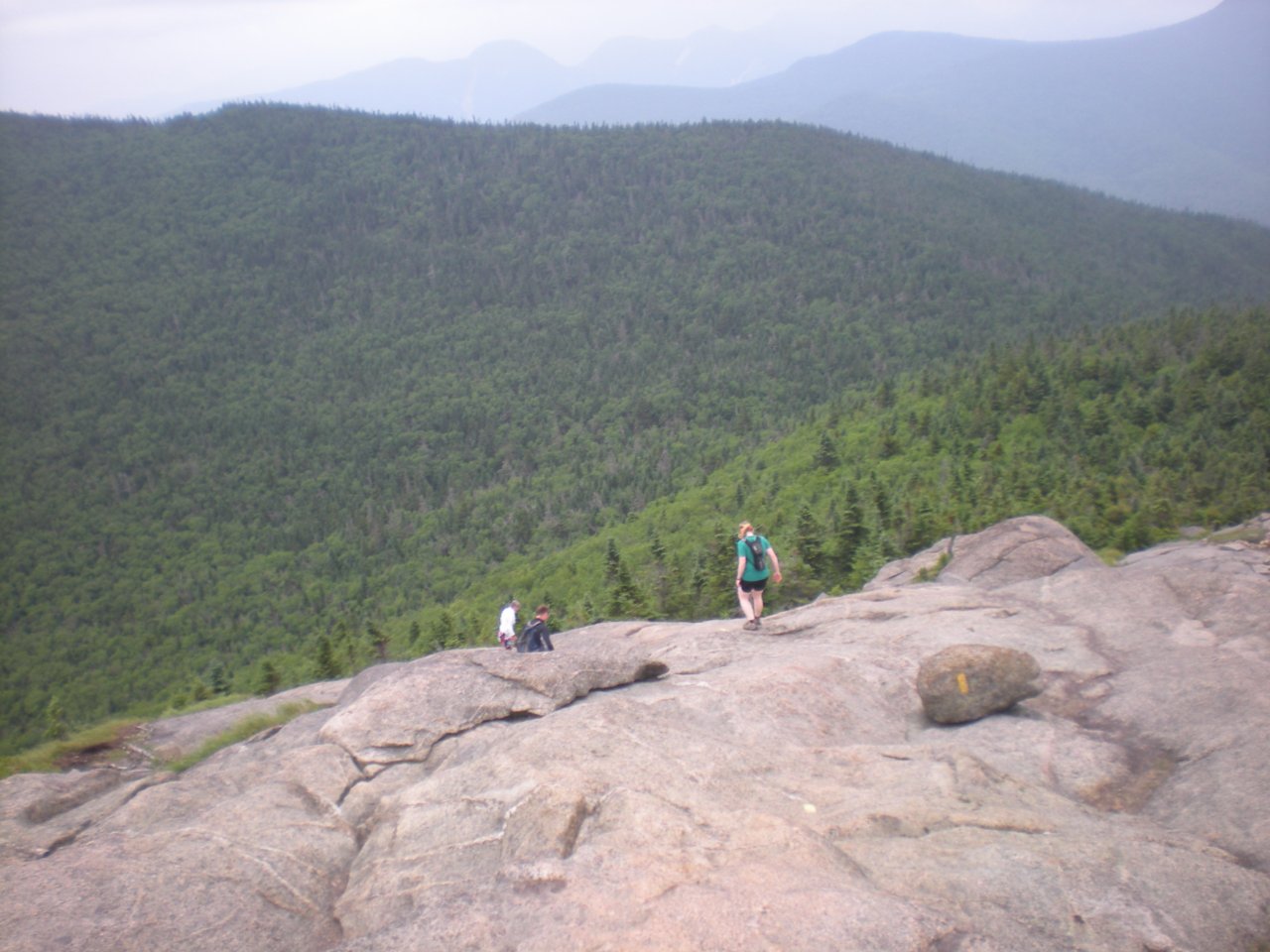